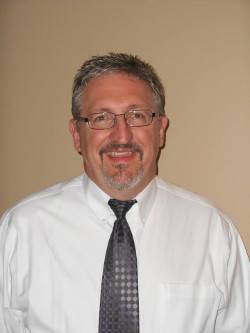 Dr. Hopper helps people every day by improving their vision and helping them see better. He remembers the time when a mother brought her 4 year old daughter for an eye exam because she would hold books close to her face and slide right up to the TV so she could see. Her eye examination revealed that she had a severe vision deficiency and needed glasses. After picking out a cute pair of glasses, mother and daughter returned to pick up the finished glasses. Seeing her reaction – a great big smile at her amazement at being able to see properly – was one of the highlights of Doctor Hopper’s career.

When not helping people see better, Dr. Hopper spends time with his wife Debbie, and his children Matt and Katie, Phillip, and Rachel. He enjoys fishing, antiquing and participating in church activities.